Is there a typical upper-class CANADIAN style?

I guess that the Canadian parts of New England will stick to classic Preppy/Trad/Ivy style, perhaps with a bit more British influence. Quebec might have a mixture between French and British style. But this is just an assumption from somebody who is fairly new to the sartorial topic.

What do upper-class Canadians and their sons wear? What are similarities and differences to the US, Britain and Mainland Europe? Can Canadian style be described as a mixture between American, British and European elements, or is it completely distinct?

I guess that Canada DOES have a tradition of exclusive private schools and universities if both Britain and the US have, and so a upper-class subculture is certain to form.

If Canadian style IS similar to American style: how would you tell apart an American and Canadian prep, apart from asking them to pronounce "about", counting how often they say "eh" and measuring consumption of maple syrup?
D

By that logic, one would expect "upper-class" Australians and New Zealanders to wander the grounds of their exclusive private schools in preppy attire as well.

Kind of an amusing image.

Basically no, there's no Canadian "prep" in the US/UK sense. There is a kind of activewear hierarchy, I guess, with Patagonia and the like up top, as one might expect.

That said, the Canadians who *would* be preppy if there were "preppy" in Canada are best exemplified by Roots, a respected apparel company there. It's pretty much a one-stop shop for classic "Canadiana": https://www.roots.com/ca/en/homepage 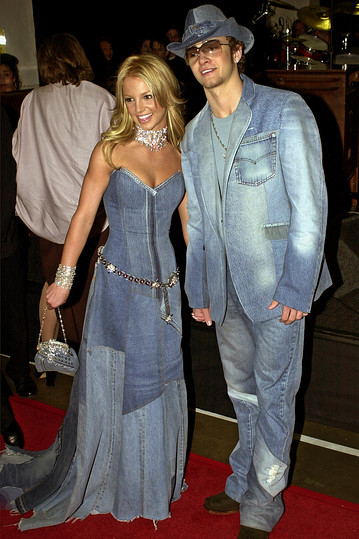 Canada is a big place. I think eastern and western Canada don't have much in common, and that goes doubly for Quebec.
D

I think it’s odd that the photos used to show Canadian style are of Americans.

Of course we all wear Denim, buffalo plaid and Kodiak boots when we venture outside of our igloos.
C

Either a flannel shirt with mother of pearl buttons or how the Roses dressed on Schitt's Creek.

I'm not entirely sure that Canadians have that much more of a unique style compared to our neighbours to the South.

There is however, one glaring style tip you won't find here that I often see when traveling in the US and that is a tie with a button down collar. I find it dreadful and I'm pleased Canadian men refrain from this uhhhhhh.......technique.
D

I suppose I am an offender. I feel I am on firm ground here though or at least in the Trad Style forum.

There is no unique Canadian style and we've been influenced by both the UK and the US in roughly equal measures (in decades past more by the UK, these days more the US). Clothing has never in my observation been much a wealth signifier in Canada, instead that's accomplished with cars (what you drive) and communities (where you live). Any consistency you might see in clothing styles in Canada is going to be linked to occupation and urban/rural divides, like big-city finance people all dressing similarly, etc, but that's the same in most Western countries, frankly.
Share:
Facebook Twitter Reddit Pinterest Tumblr WhatsApp Email Link