The Abdication of the Dandy

Today, 11 December, is the 69th anniversary of the abdication of Edward VIII - playboy King of the United Kingdom and before that, one of the most popular Princes of Wales in history. Unfortunately, along with his charisma and original style, he had a fondness for married women. His father, King George V, predicted that 'after I am dead, the boy will ruin himself in twelve months'.

Indeed, it was less than eleventh months after the old King's death that his son and heir gave up the Throne in favour of his next eldest brother, the Duke of York (George VI, father of the present Queen), after refusing to sever his romantic relationship with twice-divorced American Wallis Warfield Simpson.

After abdicating Edward would finally marry Mrs Simpson, and a few months later, they would become the Duke and Duchess of Windsor - the titles by which they would be known for the remainder of their lives. The Duchess died in 1986, and the Duke in 1972 - though His Royal Highness still makes posthumous appearances at Ask Andy.

On the evening of 11 December 1936, the entire British Empire was tuned to the radio. After over twenty-five years as heir apparent to the Throne, Edward had been forced to step down after only a few months. This is the speech he broadcast to the Empire from his residence at Fort Belvidere, after signing the instrument of abdication, exactly sixty-nine years ago tonight:

At long last I am able to say a few words of my own. I have never wanted to withhold anything, but until now it has not been constitutionally possible for me to speak.

A few hours ago I discharged my last duty as King and Emperor, and now that I have been succeeded by my brother, The Duke of York, my first words must be to declare my allegiance to him. This I do with all my heart.

You all know the reasons which have impelled me to renounce the Throne. But I want you to understand that in making up my mind I did not forget the country or the Empire which, as Prince of Wales, and lately as King, I have for twenty-five years tried to serve.

But, you must believe me when I tell you, that I have found it impossible to carry the heavy burden of responsibility, and to discharge my duties as King, as I would wish to do, without the help and support of the woman I love.

And I want you to know that the decision I have made, has been mine and mine alone. This was a thing I had to judge entirely for myself. The other person most nearly concerned has tried up to the last to persuade me to take a different course. I have made this, the most serious decision of my life, only upon the single thought of what would, in the end, be best for all.

This decision has been made less difficult to me by the sure knowledge that my brother, with his long training in the public affairs of this country, and with his fine qualities, will be able to take my place forthwith, without interruption or injury to the life and progress of the Empire. And he has one matchless blessing, enjoyed by so many of you and not bestowed on me - a happy home with his wife and children.

During these hard days, I have been comforted by Her Majesty my mother and by her...by my family. The Ministers of the Crown, and in particular Mr Baldwin, the Prime Minister, have always treated me with full consideration. There has never been any constitutional difference between me and them, and between me and Parliament. Bred in the constitutional tradition by my father, I should never have allowed any such issue to arise.

Ever since I was Prince of Wales, and later on when I occupied the Throne, I have been treated with the greatest kindness by all classes of the people, wherever I have lived or journeyed throughout the Empire. For that I am very grateful.

I now quit altogether public affairs, and I lay down my burden. It may be some time before I return to my native land, but I shall always follow the fortunes of the British race and Empire with profound interest, and if at any time in the future I can be found of service to His Majesty in a private station I shall not fail.

And now we all have a new King. I wish him, and you, his people, happiness and prosperity with all my heart. God bless you all. God Save The King. 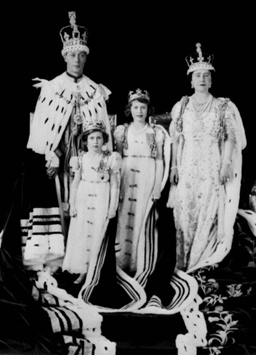