Big Moment for the Loafer

By RAY A. SMITH
From penny loafers and tassels to leather, suede and velvet, men have lots of options, if they dare to try the preppy style; a big thanks to Gucci 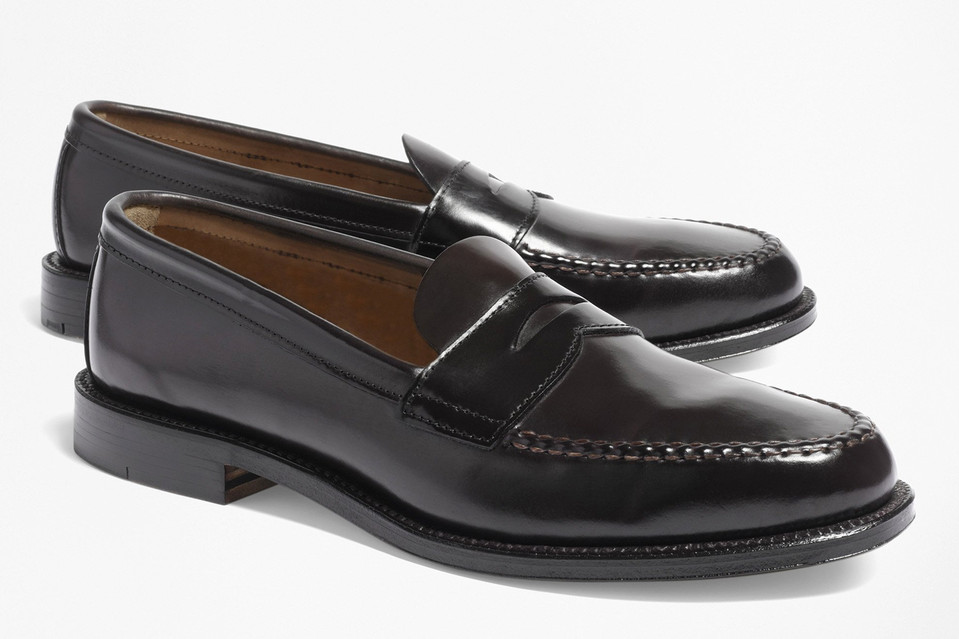 The loafer, that 1980’s preppy staple, has stepped back into the spotlight.

For men, the slip-on shoes are an easy style to wear: they are comfortable and versatile, and available at seemingly every price point. They are also an easy style to mock. Their long association with blue bloods and the Ivy League provides good fodder for social media ribbing of men who wear loafers, especially those who, like TV anchorman Matt Lauer, do so without socks.

Bergdorf Goodman’s men’s store, called Goodman’s, is making a big push with loafers this year. It carries a large assortment of Gucci loafers, plus suede and leather loafers with tassels, penny loafers, loafers with bit and buckle detailing, casual slip-ons, and evening loafers made of patent leather or velvet, sometimes studded and embroidered from Berluti, Salvatore Ferragamo, Tom Ford, and at least nine other brands.

The Official Preppy Handbook, published in 1980, helped popularize the “preppy” look. The loafer was an essential component, especially when paired with chinos, a navy blazer, a polo or button down, or a pastel-colored sweater. 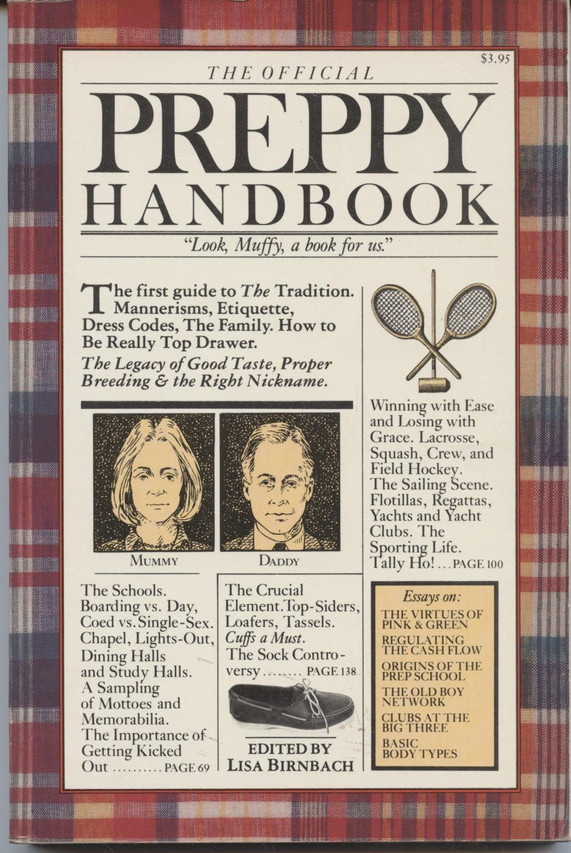 The Official Preppy Handbook, published in 1980, helped popularize the “preppy” look. The loafer was an essential component, especially when paired with chinos, a navy blazer, a polo or button down, or a pastel-colored sweater. PHOTO: AMAZON

A factor behind the loafer proliferation is the move to more smart-casual dress codes at work. Bass Weejuns penny loafers celebrate their 80th birthday this year.

And the big fashion influence is the runaway success of Gucci’s fur-lined loafers, launched last year. Gucci creative director Alessandro Michele took Gucci’s classic loafer design and added “seemingly endless clever and decorative variations on the theme,” says Bergdorf Goodman’s men’s fashion director Bruce Pask.
Loafers adorned the feet of many fashion editors at the men’s fashion shows in Europe and New York in June and July. Celebrities have been photographed wearing them too, while fashionable young men have been sporting them on city streets.

The range of loafers includes tassel loafers with tassels as decoration on the vamp, penny loafers, where a leather strip with a diamond-shaped slot rests across the top of the shoe, horse-bit or snaffle loafers, with a metal strap in the shape of a horse’s bit, and driving loafers, with rubber-grommet soles, originally intended for extra grip when driving. For women, loafers have also been popular this past year.
At Brooks Brothers, “there has been an uptick in loafer sales as men’s clothing has gotten a more relaxed feeling,” says Lou Amendola, the clothier’s chief merchandising officer. 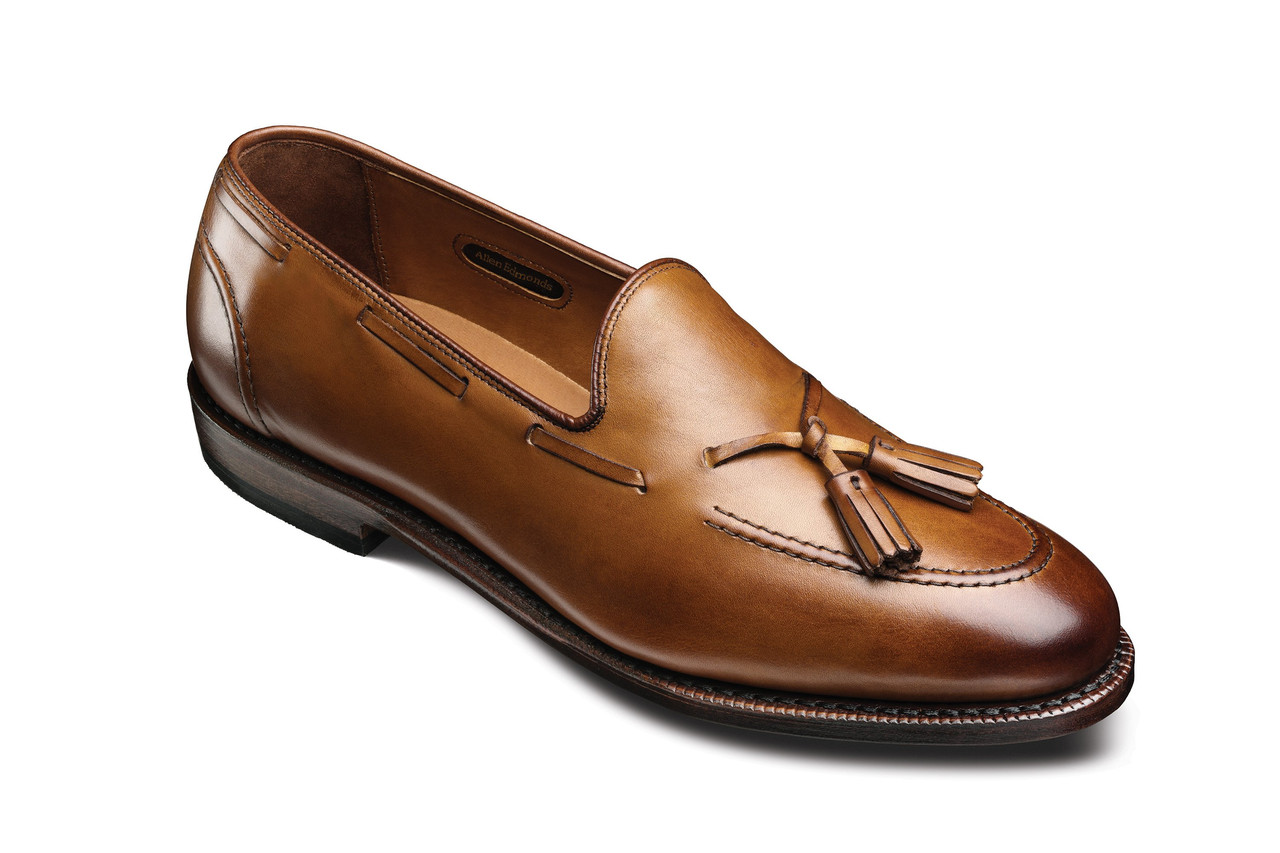 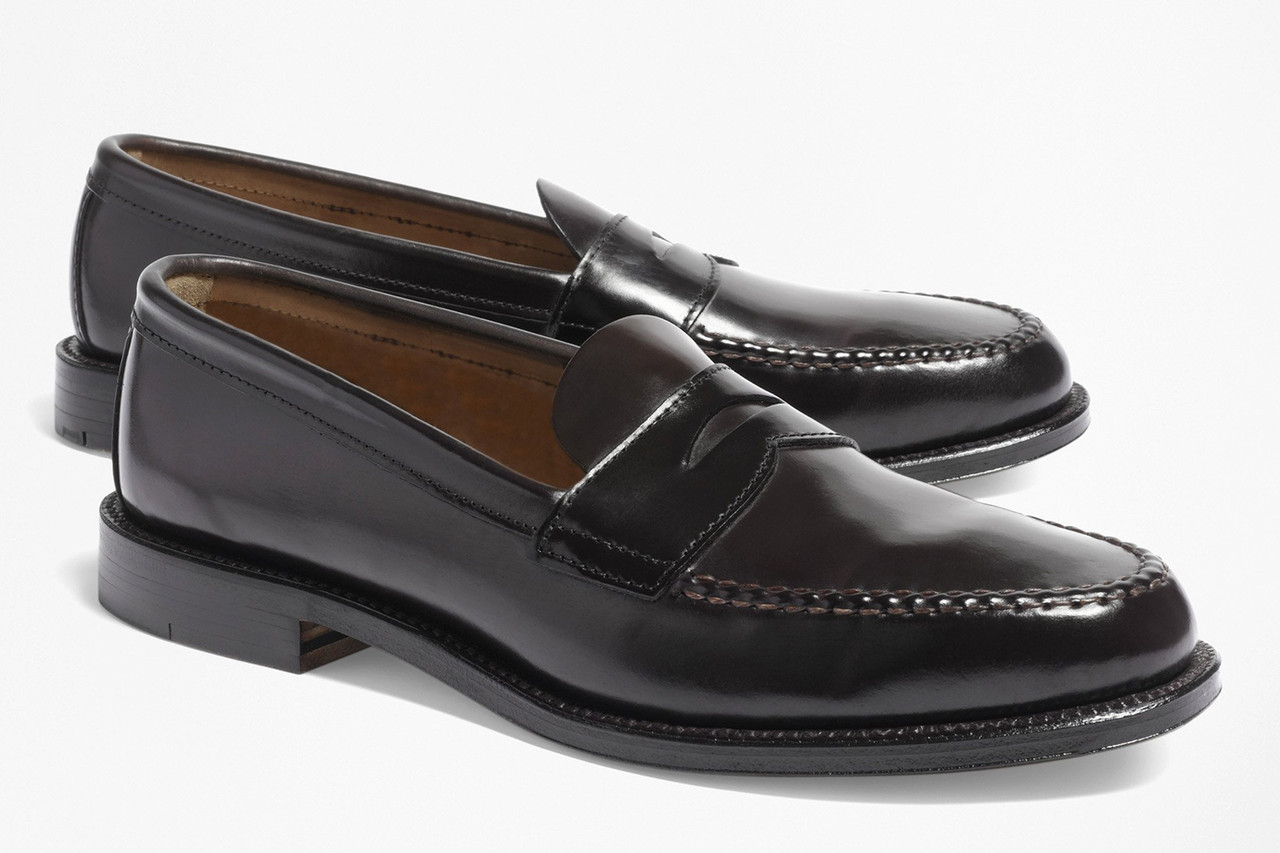 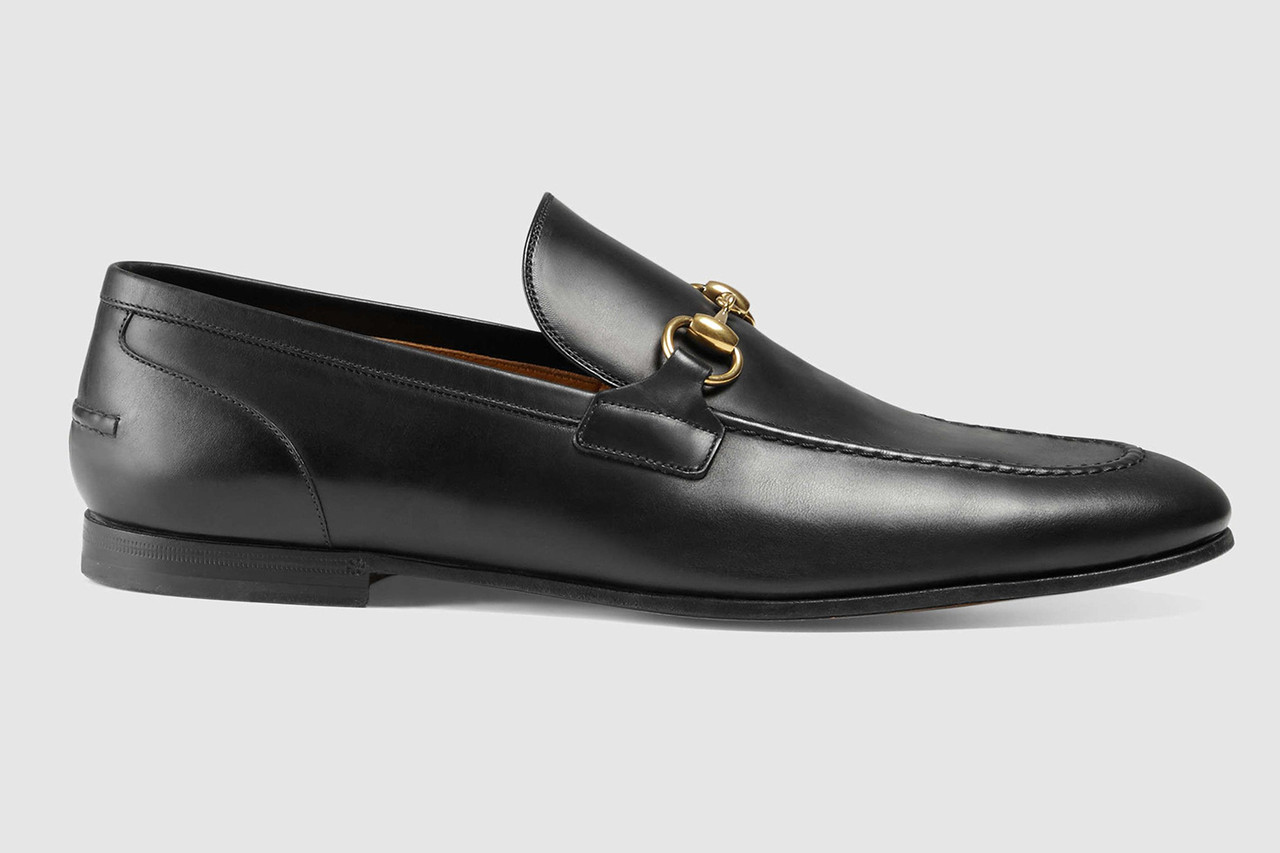 Horsebit Loafer – this style of loafer, with a metal strap across the front in the shape of a horse’s bit, was introduced by Gucci in the 60s and continues to be popular. PHOTO: GUCCI 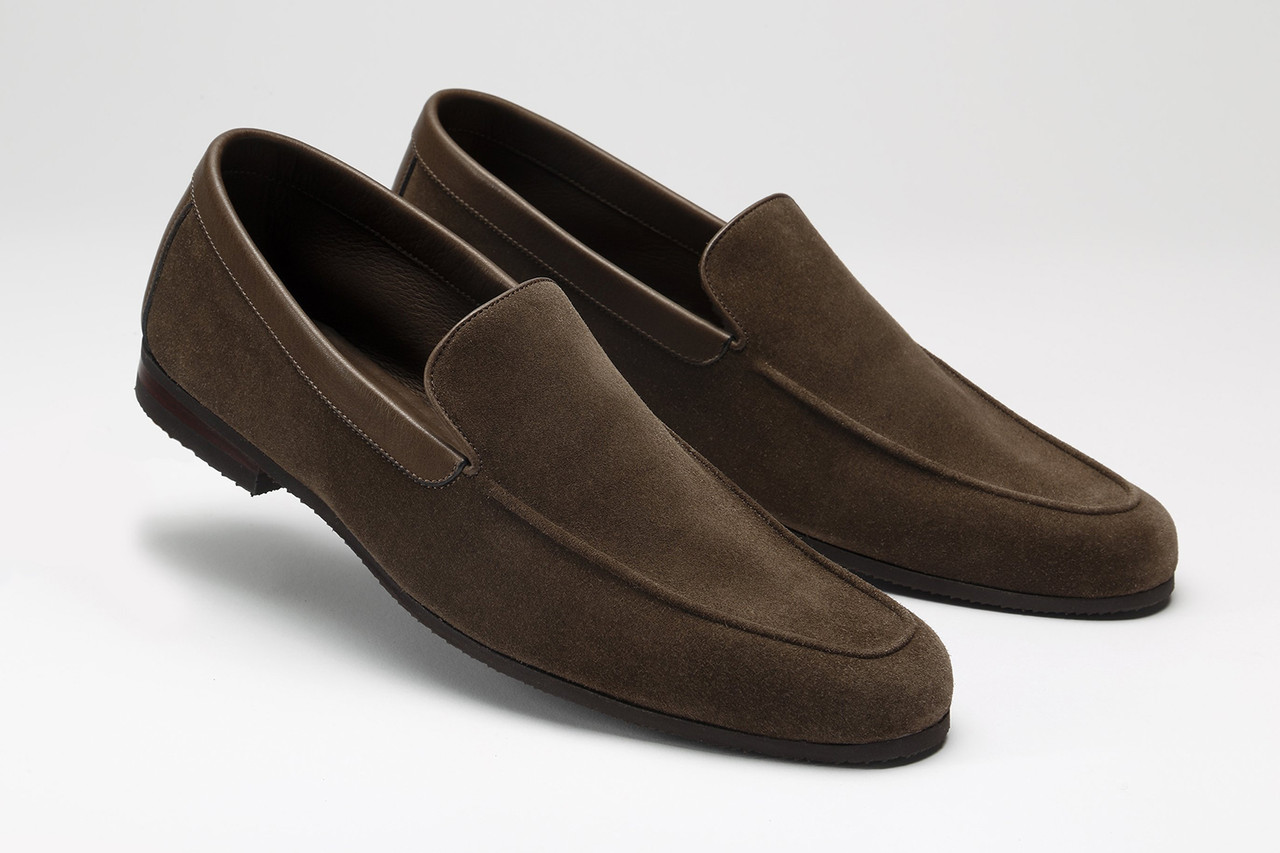 Suede Loafer – suede loafers with a rubber sole offer an alternative to leather, plus this version of loafer comes without a strap or any other adornment across the vamp. PHOTO: JOHN LOBB 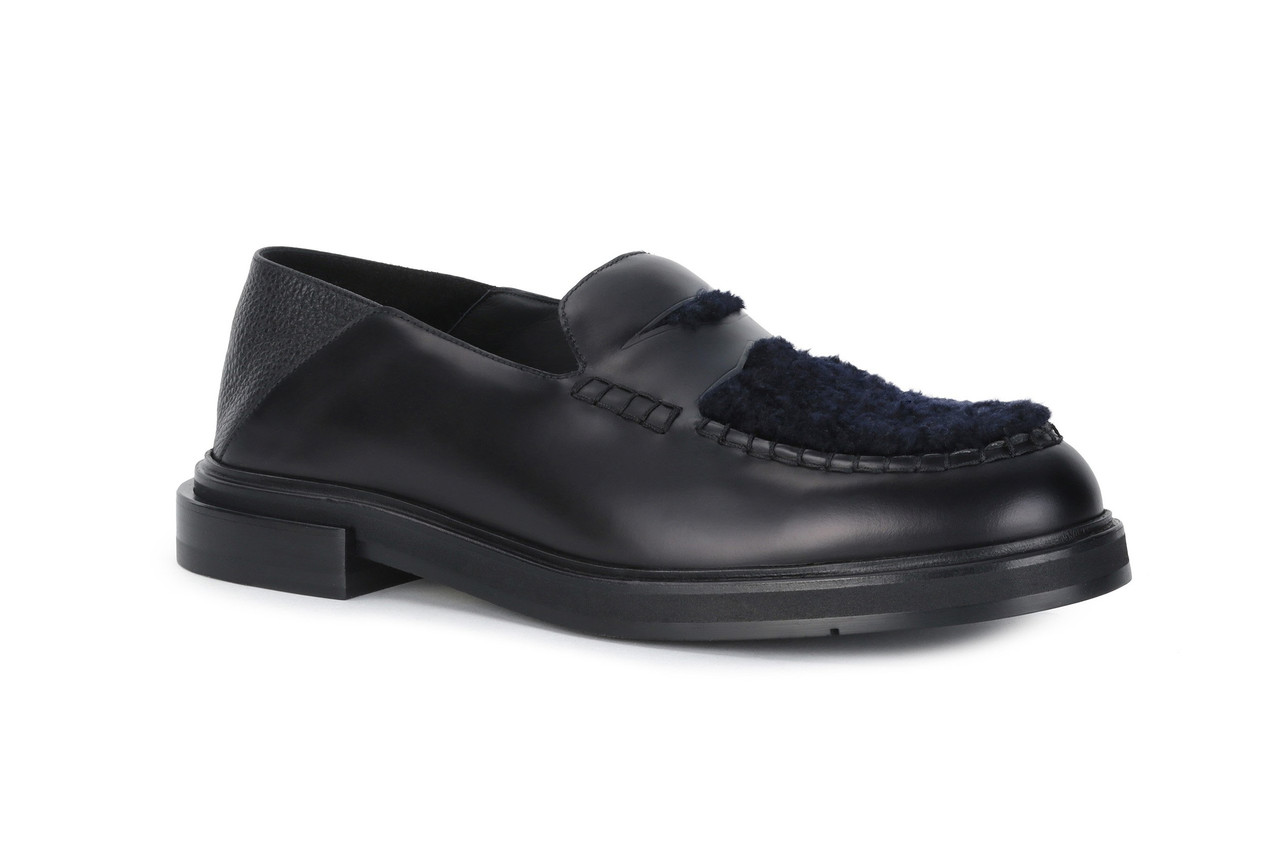 High-Fashion Loafer – this sheepskin-lined Fendi loafer comes with a twist: a soft heel made from deer hide that can fold to be worn like a clog. PHOTO: FENDI 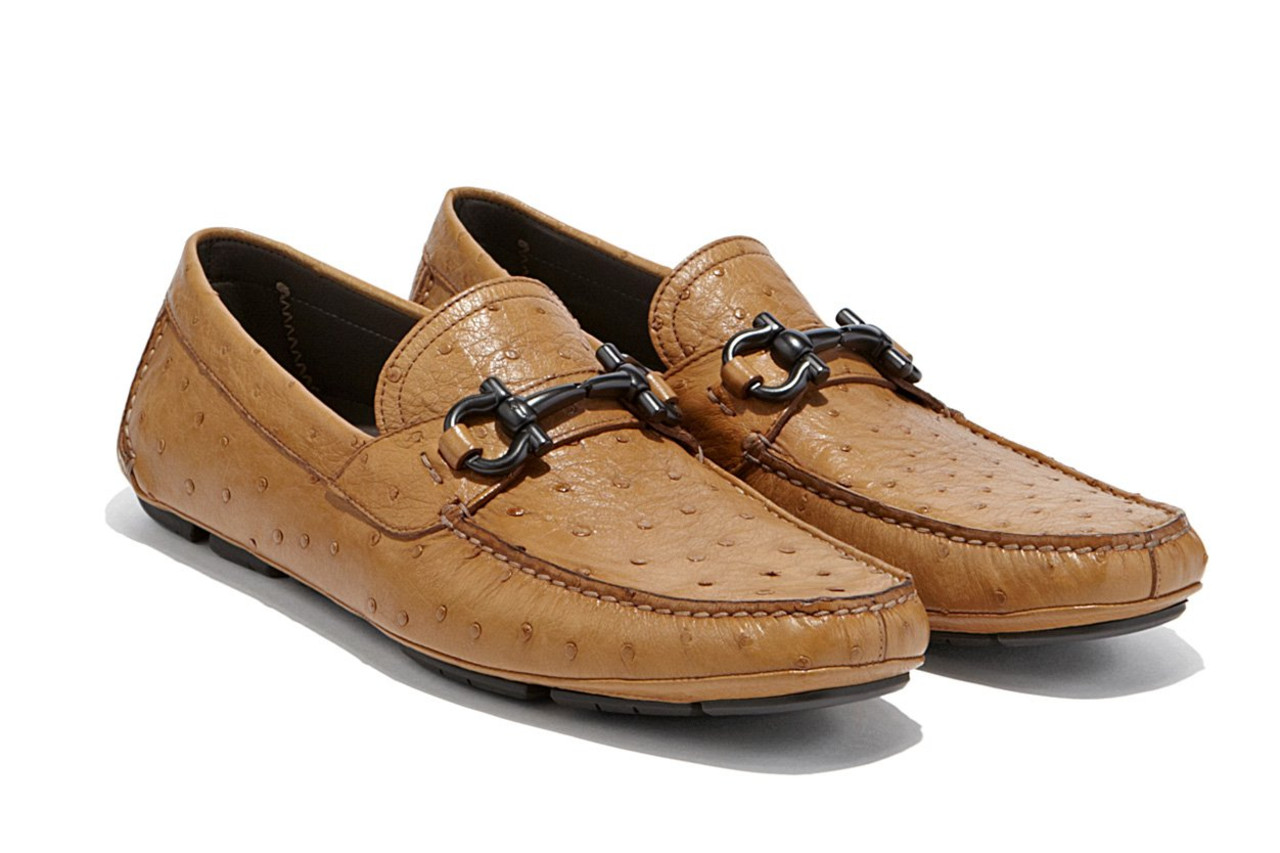 Driving Loafer – these sportier styles, popularized by Tod’s, are usually softly constructed and have grippy rubber soles since their original intent was for driving. They continue to be a popular style at Ferragamo. PHOTO: SALVATORE FERRAGAMO
Before men kick off their wingtips, Oxfords or Chelsea boots, they need to get comfortable that loafers show a lot of sock or bare foot. They also need to shed any perceptions of the shoe as being for pretentious preppies, rakish playboys, or stuffy old men.

“I never really had any interest in buying loafers,” says 31-year-old Jay Russo, who works at an investment bank in New York. Over the past five years, he amassed a large collection of Alden shoes but dismissed tassel loafers as “mostly worn by guys in their 50s and 60s.” 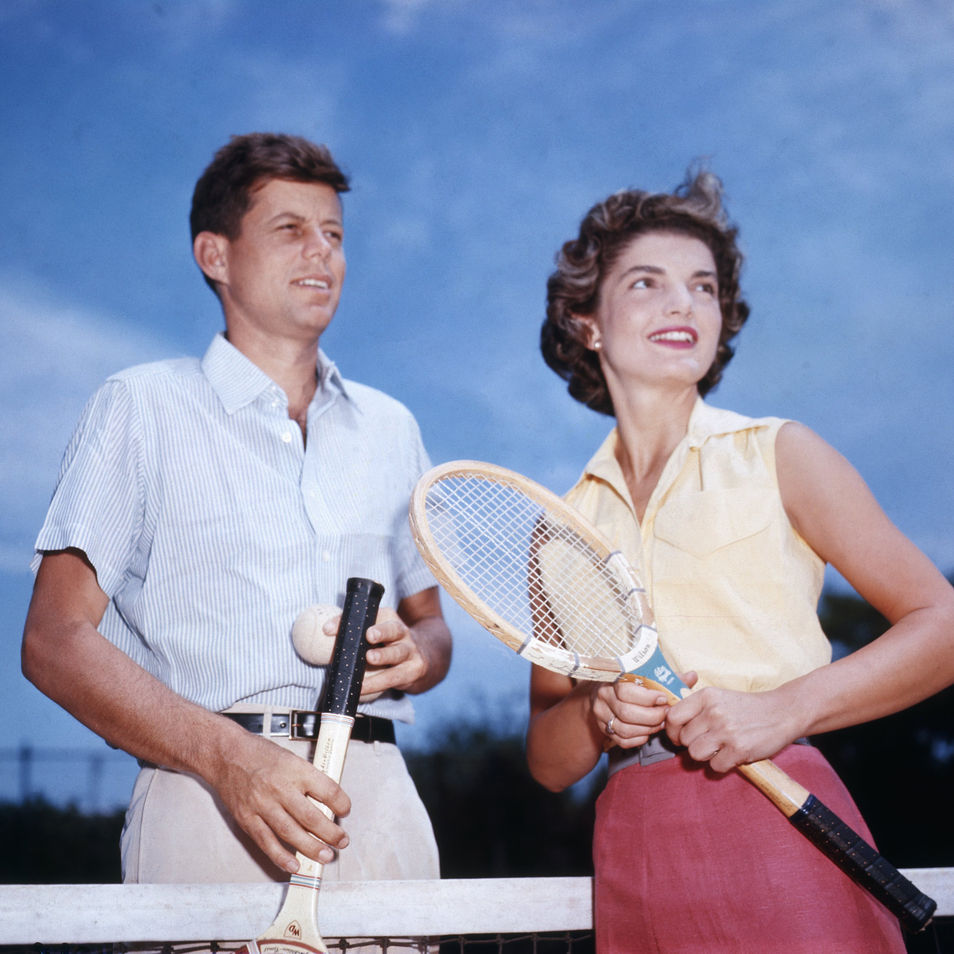 He read an article online on Cigar Aficionado about the American origins of tassel loafers and tradition in Ivy League style. Then, while browsing Brooks Brothers’ website, he stumbled across a picture of a younger model wearing burgundy shell cordovan leather Alden tassel loafers with brown flannel pants and a navy blazer. “I decided to give them a shot,” Mr. Russo says.

He now owns four pairs of Alden loafers, including a pair of full-strap loafers and a pair of unlined leisure handsewn loafers. “I love wearing them on Fridays with a navy blazer and gray flannel pants,” he says. Sometimes he’ll wear his loafers with a suit, “but I like the look better with a slightly more casual outfit.”

Tassel loafers are considered to be the dressiest of loafers and their origins stem from a lace-up dress shoe. In 1948, Paul Lukas, a debonair character actor, returned from Europe with a new pair of lace-up oxford shoes that had little tassels at the ends of the laces, according to “The Encyclopedia of Men’s Clothes,” a 50-chapter, 764-page online book by Andy Gilchrist, founder of the menswear website AskAndyAboutClothes. He asked shoemakers in the U.S. to make something similar and ultimately Alden produced a prototype in a slip-on style and added it to its production line in 1952. 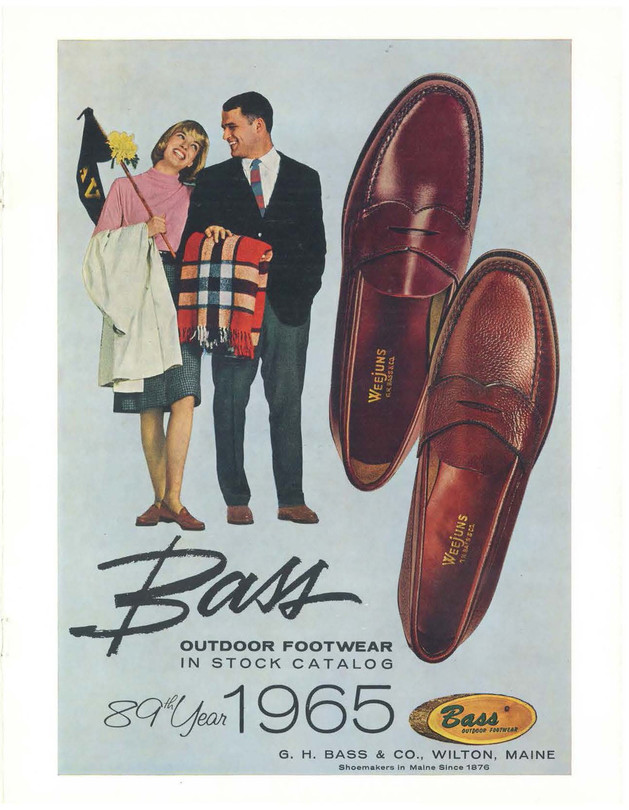 Bass Weejuns, introduced by G.H. Bass & Co. in 1936 as a casual slip-on shoe, were based on the slip-ons worn by Norwegian fishermen in the 19th century. English sportsmen flocking to Norway to fish salmon had taken a liking to the shoes. Esquire magazine coined the term Weejuns, in a phonetic nod to the word Norwegian, after spotting them, and then ceded the rights to Bass, Bass says. The style became known as penny loafers after young people put coins in the shoes’ slots. Over the years, some put in dimes when that was the price of a phone call.

Colin A. Wiggins wears his burgundy Bass Weejuns with suits to work. Mr. Wiggins added loafers to his rotation after noticing the style trending. The 34-year-old, an international admissions specialist at John Jay College of Criminal Justice in New York, also puts pennies in the slots of his Bass Weejuns. “The first time I wore them to work one of my co-workers of a different generation said ‘there have to be pennies in there and they have to be the year you were born.’ ” He now keeps a 1982 penny in each slot.

For men in suits, there are pitfalls. A loafer’s profile is typically lower than a classic laceup so can affect how a suit’s trouser leg lies. “The most common execution is when the suit jacket is boxy, the pants too roomy and long, and the loafers blocky and heavy-soled,” says Julie Rath, founder of men’s style consultancy Rath & Co. For loafers to work with a suit, the suit and shoe should be sleek and streamlined. Ms. Rath also recommends a minimal break on the pant leg hem rather than the medium or full break more commonly worn with a higher-rise, non-loafer shoe, so the leg doesn’t pool around the loafer.

Joe Diggs likes wearing loafers to work with dress slacks, though his wife Kristen “says they look like grandfather shoes or church shoes,” he says. “She says they’re age appropriate for a 40-year-old. I’m 27.” Mr. Diggs, a general sales manager at a BMW dealership in Newport News, Va., says loafers are more comfortable and “you can show off your sock game.” He’ll wear other kinds of shoes on date nights with his wife, who concedes loafers may fit in with a lot of BMW’s older clientele, whom she suspects wear loafers.

Write to Ray A. Smith at [email protected]